She’s about to have on her, the political hurt-on

The young, positive face of Irish politics there. On the up side she has a spare x chromosome and never ordered anyone to be shot in the knees. Our Marianas Trench of a bar that. Lowest point on Earth doncha know. Slightly above when Kramer from Seinfeld went off on that audience member.

I’m babbling. It’s been an odd day. But before we get to that…

So a story from last week that didn’t make the cut due to reasons of length. Or so was my excuse from being kicked off the synchronised swimming team. Penis jokes.

Meg and I were returning from our second trip to Ireland in a week, scouting out wedding venues and placing them in to one of two buckets, “potentials” and “estrogen-smeared pink nightmares.” Think that one might have made it into Meg’s “potentials” bucket.

We boarded the plane and realised we were in different rows. We’re adults, we can take it. Meg sat down beside a girl from Dublin and an older South-Asian gentleman with nice shoes. I got a guy that was easily 280 lbs and picked his teeth with a business card he kept in his wallet. Digging in there like he was trying to find Cleopatra’s fossilised tampons, I would never have guessed what a dreadful seatmate he would very soon turn out to be.

Next came him watching talent-freezone NCIS: Los Angeles, a show basically conceived to keep LL Cool J in scalp-wax and moustache combs. And to say “watch” does such a poor job of explaining exactly how hard he was looking at this thing. He was concentrating on it like he was watching Skype of his mother undergoing open-heart surgery. Watching it like he was scouring the screen for clues of his own murder. Every single movement on the screen and line of crisp, obsessively-engineered dialogue he soaked up with laserbeam concentration. 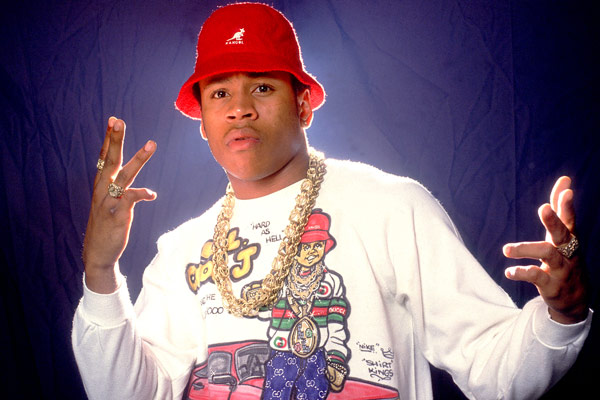 “How dare you ask me my occupation. I’m clearly in law enforcement. Ladies love me. I’m cool.”

But a show such as NCIS: Los Angeles is too sweet a dish for breakfast, lunch and dinner. One must take one’s rest. The dawn is ever more sweeter for the night. By which I mean he moved on to the Euro-Electro-Fiasco that is Anna Vessi.

She’s like the Greek-Cypriot Shakira. Say no more right?

Well since her early work, she apparently let her stuff get turned into triple-speed recordings of chainsaws gittin’ down on a speedboat. Only for adults of course. At maximum volume. On a plane. Beside me. Required.

The rolls of hot fat spilling over the arm-rest, the LL Cool J, the Cypriot chainsaws and the business-card rammed between his molars. I could have dealt with it all. If he hadn’t, while surrounded by kids and parents boarding the plane, sitting on the tarmac… if I hadn’t seen him send some of the most sexually explicit and perverted texts that I’ve ever seen in real life.

“I shall jolly well copulate the the fluids from you, me lad.”

Was what he said. Phrased slightly more tastefully. The response, we can do without the dilution.

Things went downhill from there with some slang I wasn’t totally up on (and I refuse to look up on GoogleImages.)

This would’ve been my sole bit of news from a pretty chilled out week. Until 18:00 on Monday. Yaknow, there comes a time in a man’s life, when the designated media contact for his organisation is away in Hong Kong. As is his media-trained boss, the local national representative and the CEO in the biggest company in that market.

And thus at the bottom of a very specific barrel, they found this turkey. Who at 09:45 will be  broadcast via BBC2 to every hotel lobby and unemployed livingroom in the country. I’ve spent my evening trying to eat dinner, plan my outfit (I am considering wearing my seal-fur tuxedo) and quivering with… bleugh.

I hope that’s shepherd’s pie in my knickers.

I generally prefer not to write about work, but have decided to make an exception in this case, as being on TV is a necessarily public thing. I am on the BBC I-Player for crying out loud.

After writing the above and catching up on the zero sleep I managed I may now report back on one of the weirdest experiences of my life. As I said, having writhed around in a sweaty knot all night, I stomped into the bathroom for a shower. The previous night Meg had taken me into the bathroom for strategic hair removal. Back of the neck? Buzzed. Tip of the nose? Plucked.

I was actually quite relaxed the evening before, managing to write most of this blog, cook a hearty and healthy dinner and have a pre-interview sesh (showbiz talk) with the producers so they could check as to whether I sounded like a human being. Indeed that was their quoted review.

I was also told that I would not be alone on this panel. I would be joined by one of these chilled-out totally balanced lasses.

Pictured: why my job is “not a normal job.”

Ya know what? There ain’t the space here to tell you about it. It’s gonna have be stowed in my little papoose for next week. This is some who shot JR, last week on Happy Days to be continued crap right here.

In other news, we are now fully locked in to our chosen wedding venue, deposit and all. It’s pretty exciting, but getting along with the planning  starts to show up all the other tiny costs coming down the track. We are also moving, to a small house outside Weybridge which continues to be one of the most expensive locales in the UK, deposit and all paid on that too. On top of that we’re getting a car, shower curtains and just for the f of it I am replacing my shins with gold rods and giving a Nigerian Prince a second chance at retrieving his inheritance from the ghosts in his attic. He didn’t even promise to cut me in.

In short, you looking for a kidney?