He never got round to learning piano, 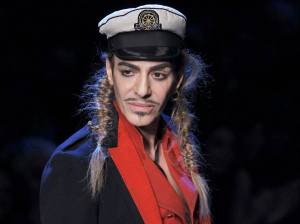 So this was coming but things have been a bit quiet. My total weekend itinerary consisted of wandering to the riverbank and reading a book. You are as the Mancs say, “well jell,” I’m sure. Yes indeed, underneath it all I am a dreadful bore. I like a Swedish doorstop novel where a Girl does something. A girl has a dragon tattoo. A girl bakes a casserole. Stubs her toe on a couch. All that good stuff.

In lieu of any diary-type sharing this week I’ll have a bit of a natter about a topic that has aroused (hoho) my interest. This is not necessarily my normal niche, so bear with me.

The EU refugee situation. A nice easy start. Something that needs to be borne in mind is “refugee” implies these people are refudging from something. Sorry, I’ve already become confused. People are refuging from a patchwork of failed states and civil wars that stretches from North Africa onto Afghanistan in the East. The thing being refudged is the borders.

You’d bloody well need some fudge after changing all those suspiciously straight lines on the map.

Also, look how untidily this was packed.

Firstly, never been to any of these countries. I’m sure they do stuff with lamb that would make your taste buds explode and there are some nice bits of hot earth to visit. But all the same, you are probably not likely to be Ryanairing over in the next 5-10 years. The casualty numbers are preposterous and the individual acts of violence are so cartoonishly dreadful they could easily be dismissed as urban legends except that they have been recorded and put on the internet for all to see. It’s bad. Acknowledged.

So the locals need to get the f out from under these wars. Wars largely prompted either totally (Iraq and Afghanistan) or partially (Libya) by the West that have now turned into one big murdery stew. The sauce is mainly guilt and chicken stock.

Now the EU is based on the principal of free movement of capital and in a rather depressing and dehumanising way, “capital” includes people. Human capital. You feeling the love? The UK is currently trying to negotiate new terms for its continued EU membership and this is the thing they get most pushback on because the EU is all about unfettered human movement. Any limitation on that (quotas or similar) and it’s no longer the EU.

Hilarious joke interlude. “With all the smelly French people there, they should call it the Pee-yew.” Calm down. I don’t bathe.

Anyway, in a similar way to Europe, most of the other big-time charlie countries are also based on immigration (US, Canada, Australia), but only up to some undefined point about 60 years ago where they collectively said “we’re all stocked up on white religious/criminal weirdos thank you very much” and the shutters pretty much came down. 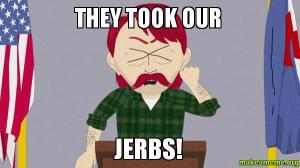 Immigration is feared for eating into local job opportunities, diluting characteristics of local culture and probably all kinds of weirdly spicy foods upsetting the local septic tanks. Or at least these are the reasonable reasons. His Donaldness has well verbalised some of the less reasonable ones:

There is another issue concerning the legality of immigration. In the EU, it’s legal to move and work and this means if Portugal is short on jobs someone can go to Germany where there is an excess of roles. It allows the jobs markets to balance themselves out across the region.

In the case of asylum seekers or illegal immigrants… they’re not allowed to work. Even like, shitty jobs. Think of the worst job you’ve ever done. In my case that was picking up Coke bottles of piss from a building site. They’re not even allowed to do THAT terrible job. They are prevented from working and forced to subsist on handouts, by the local government. Why? Why indeed. Because otherwise, “They took our jerbs.”

Now, I should acknowledge something. I am an immigrant (and an emigrant.) I’ve lived in the UK and Japan and in doing so I’ve learned there are serious differences in how you can be perceived as a foreigner. White, English-speaking and educated to the hilt, in many ways I am a border-guards dream. In Japan, I was heralded left, right and centre as some kind of sunburned, sweaty celebrity. I lived beside a tin shack with a bunch of Chinese/Filipino labourers as neighbours, who supplied a perfect comparison to my forgiving public-persona. There were very few foreigners about at all, but the Chinese were by far the largest minority and they are treated… weirdly. In the words of one Japanese person I spoke with:

“The Chinese, they are so… dangerous… for us.”

Whatever the hell that means, it don’t sound good. In the UK I got a taste of the other side of the coin. And coins rarely taste amazing. In Manchester there have been so many waves of Irish coming over the centuries, we apparently established ourselves as being of equivalent “dangerousness” for them (that and all the bombings to be fair) but I caught a range of reactions from people. On the less offensive side are people smiling at you and saying the word “potato” in some kind of accent that isn’t Irish. The flippity is people referring to things that are poorly made as “Irish.” Another was kids that Meg encountered as a teacher in Manchester listing “The Irish” amongst their dislikes when she asked them to tell her about themselves. Neither in Japan nor the UK has my treatment as an Irish person had anything to do with… anything reasonable.

The frustrating thing is that people moving around, is good. The EU knows people moving around is good good stuff, hence it being a founding principle to a movement that has kept war from Western Europe for 70 years. And Western Europe loved war so much! It was like, totes our jam! In the UK, immigration has been shown to be a net benefit to the economy (https://www.ucl.ac.uk/news/news-articles/1114/051114-economic-impact-EU-immigration). Sure people coming in are going to be a mixed bag but crossing the Mediterranean clinging to the side of bottlecap with 300 others is better evidence of a can-do attitude than I have ever managed. Whatever my CV might say.

Human migration is good for humanity. These people coming over are haunted and desperate and we should be falling over ourselves to welcome them to work our crummy jobs and steal their recipes.

In other news, Meg drank half a bottle of wine on Friday and went mental. She ate all the dinner before I got home, then played loads of Def Leppard and when I woke the next morning I found little chunks of her dinner in the sink. Sweet potato as it turns out it is pretty recognisable even if it’s been digested a bit.

Let me know if you’re keen on this new thing I’m trying!